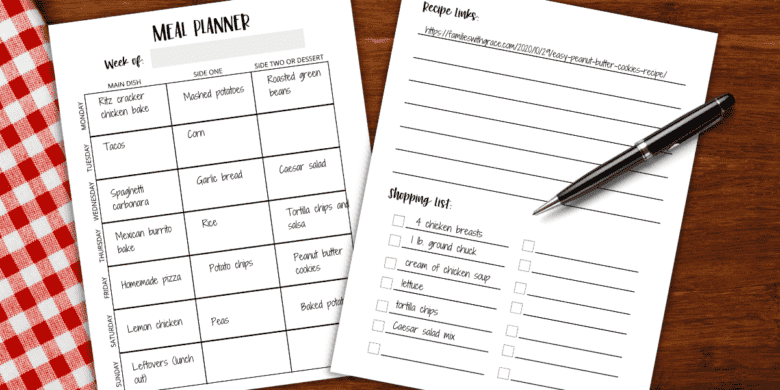 A few months ago, my daughter made a case for us to try meal kits. I wasn’t so sure at first; meal planning on my own worked. Whenever I had checked into them previously, they seemed expensive and didn’t have a lot of recipes we would actually like. I have two particular eaters in my household, and we’re pretty plain eating folks. But, I decided to check into it again and found there were many more options, so I decided we’d give meal kits a try. I started with one company, but I was anxious to do a meal kit comparison and see what we’d like most.

Meal planning on my own

I realized to truly be fair and give an accurate review and comparison that I needed to also include meal planning on my own. So, I wanted to include that as well. This is what intentional meal planning and looking for new recipes to try on a weekly basis on my own looks like.

To keep organized, I have been doing some easy meal planning. Using weekly meal planning sheets that I can edit digitally and print are incredibly helpful! (Use the code FWGFAN to get this easy-to-use printable and editable meal planner for 10% off!)

The menu choices were virtually unlimited. I had the entire internet at my disposable, including Pinterest, the great mecca of recipes! The biggest challenge in meal planning on my own, in fact, was that I have so many different recipes available to me. I have a variety of meals saved on my personal Pinterest board and browsed through it. I got a couple of ideas that way, but it was hard to narrow them down.

I found that I did better by having an idea of what kind of dinner I was looking for; otherwise the options were just too many. So, for example, my daughter mentioned she’d love to have BLT pizza. My husband didn’t think that sounded as great. My daughter likes the crescent roll crust most, so I searched for recipes using a crescent roll crust and found a Mexican one that I could easily modify for our family of four.

Thanks to the meal kit services, I did better with planning entire meals rather than just a main dish. I did discover one of my favorite new recipes this way. I made this Ritz cracker chicken in the oven and added mashed potatoes and roasted green beans. My daughter, parents and I loved it!

One bonus to meal planning myself meant that I could also go with things I already had on hand. This helped keep the cost a bit lower as a result. For example, I knew I had a box of spaghetti noodles in the pantry, so looked for recipes using spaghetti noodles that were outside of a jar of sauce. I could also meal plan based on what was on sale at the local grocery store the same week. That I didn’t actually do this time around, but I have in the past.

Shipping wasn’t an issue for meal planning on my own. I do utilize grocery pick-up service, so I did that. Easy peasy!

As mentioned with the cost, I could use ingredients that I had on hand. Otherwise, I went with recipes that had ingredients I knew my grocery store would have as well.

Meal planning on my own meant that I could pick recipes based on what we liked and how involved they were to make. So cooking the meals was as easy as I wanted it to be. I didn’t have any issues with any of the recipes I picked not turning out well or having complicated instructions.

Again, this depended on the recipe I chose. The Ritz cracker chicken, for example, called for six chicken breasts to serve six people. Since I only needed enough for four, I used only four chicken breasts instead. Had it been just my daughter and me, I’d have used only two.

Overall, I would say meal planning on my own is about 4 out of 5 stars. I realized that having some help with recipe ideas for the week did make my life easier. I can also get stuck in a bit of a rut if I don’t have ideas of what I want to make or don’t have time to search out new recipes.

Honestly, that’s not the result I expected going into this whole thing! 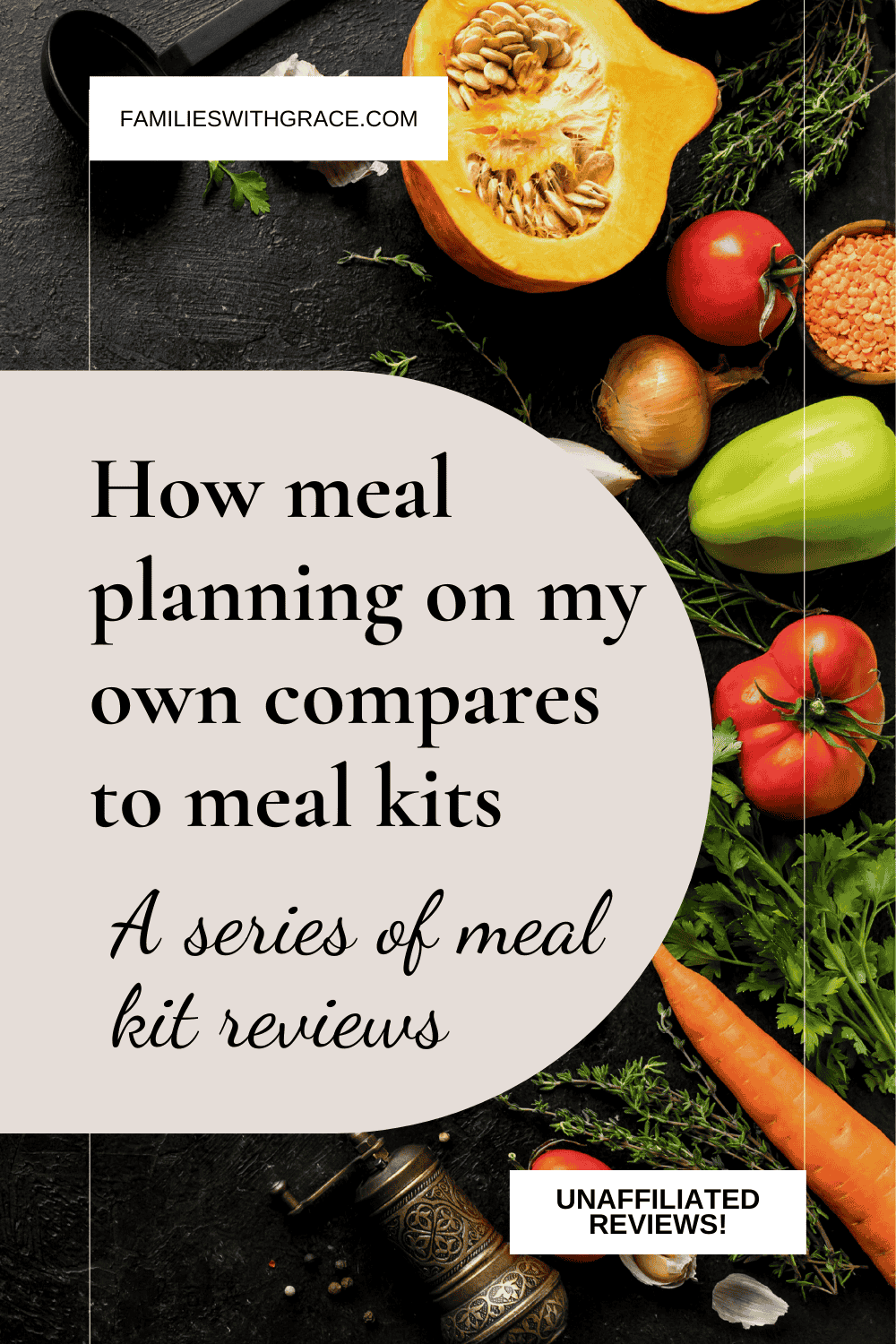 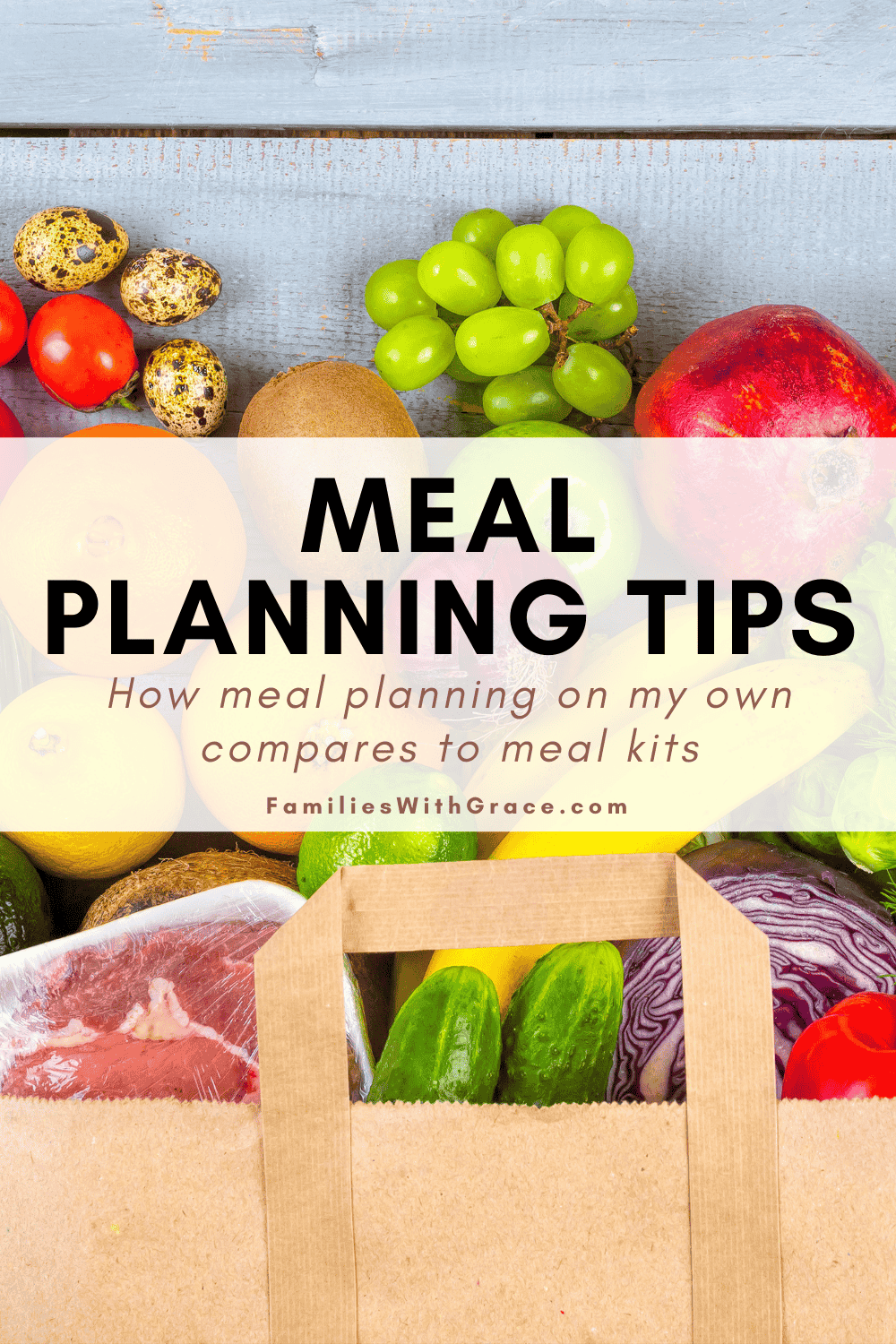 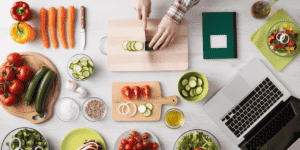 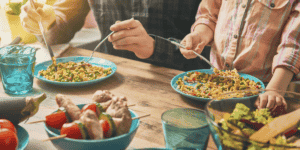 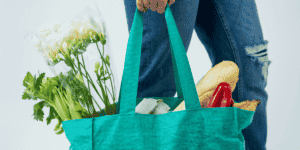